In an announcement with significant implications for listed companies, their officers, shareholders and class-action litigants Treasurer Josh Frydenberg indicated his temporary changes to continuous disclosure laws will be made permanent. The changes were originally introduced in 2020 as temporary relief for businesses impacted by the COVID-19 pandemic.

These laws impose a strict obligation on listed entities to continuously disclose information which may have an effect on their market price or value.

Australia’s continuous disclosure laws are governed by Chapter 6CA of the Corporations Act 2001 (Cth) (Corporations Act) and Chapter 3 of the ASX Listing Rules.

The obligation to continuously disclose information to the market remains unchanged, the proposed changes limit potential liability in the case of a breach. The introduction of a ‘fault’ element when assessing whether there has been a breach of the obligation means that defective disclosure will not attract liability unless the discloser or its officers were aware, reckless or negligent.

These amendments will limit the financial exposure of listed companies to shareholder class action proceedings seeking redress for non-disclosure. This is particularly relevant given that Australian companies are more likely to face a major class action than those in any other country apart from the United States.

In May 2020 Australia’s continuous disclosure laws were changed through two temporary amendments to sections 674, 675 and 677 of the Corporations Act. These sections impose the continuous disclosure obligation and mandate how and when information must be disclosed. The changes were to be in force for a period of six months. They were extended for a further six months in September. Rather than extend the changes once more the Federal Government has made them permanent.

The Determinations fundamentally changed the continuous disclosure laws by requiring that a breach can only be found where company or its officers know, are reckless to, or are negligent as to whether or not information is price sensitive.

This temporary fault threshold was established to shield against opportunistic proceedings brought as a result of non-disclosures occurring during the unprecedent health and economic crisis of COVID-19.

Prior to the introduction of the Determinations, sections 674 and 675 operated on a narrow and objective basis with respect to information required to be disclosed. Proceedings brought against a company for breach were assessed on a strict liability basis, with no requirement for the plaintiff to prove culpability or fault of the company or its officers.

Significantly, these provisions did not contemplate how a company or its officers individually viewed, treated and considered price sensitive information.

The Determinations fundamentally changed this aspect of the continuous disclosure laws by replacing the relevant provision with one requiring that a company or its officers know, are reckless to, or are negligent as to whether or not information is price sensitive.

The purpose of the establishment of the temporary fault threshold was to shield against opportunistic proceedings brought because of non-disclosures occurring during the unprecedented health and economic crisis of COVID-19.

Initially introduced as temporary measures in response to COVID-19, the Determinations were to be effective for six months and are due to expire in March 2021.

If passed by Parliament, the changes made by the Determinations will become permanent through amendments to the Corporations Act.

Newly created sections 674A and 675A of the Corporations Act will replace several aspects of section 674 and 675. These changes will reflect the framework established under the Determinations.

It is important to note that this new framework will not impact ASIC’s authority to issue infringement notices for no-fault non-disclosures.

The draft legislation also contains complimentary amendments to the misleading or deceptive conduct provisions found in section 1041 of the Corporations Act and section 12DA of the Australia Securities and Investments Commission Act 2001 (Cth).

Understanding how the changes affect your obligations

The proposed changes will have a significant impact on Australian companies and their officers.

Speculative class actions brought by shareholders over alleged non-disclosures will be harder to mount and less likely to succeed. The Parliamentary Joint Committee on Corporations and Financial Services stated that these changes should result in a decrease in the number of this type of speculative class action.

The establishment of a fault threshold should also translate to reductions in the burden and cost of regulatory compliance. This change should also impact the disproportionate rise in director and officer insurance premiums seen in recent years.

Globally, Australia’s continuous disclosure regime will now more closely align with that of the United Kingdom and the United States.

The proposed changes represent an easing of some obligations placed upon Australian companies, strict conditions both in and outside of the continuous disclosure laws remain.

The proposed laws impose a new requirement to establish there was fault in the failure to continuously disclose information before action can be taken for breach. It is important to note that a negligent failure to disclose information will lead to liability under these changes. So, while the changes impose a fault requirement where there was previously none it may be a low threshold.

Further, the new laws only establish the fault threshold for circumstances relating to price and not certainty or other foreseeable matters.

Finally, a failure to disclose, or an inaccurate disclosure, may still be subject to shareholder proceedings or enforcement actions under the misleading or deceptive conduct provisions referred to above.

The proposed changes will be made by the Treasury Laws Amendment (2021 Measures No. 1) Bill. 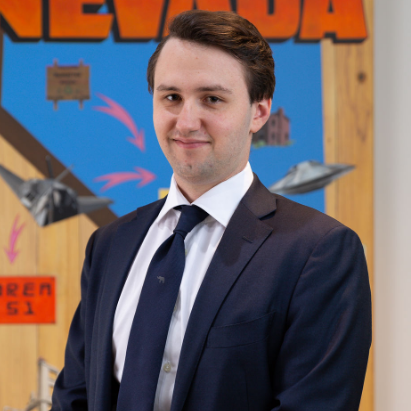