The recent decision of the Federal Court finding that an employee was not a genuine casual employee and was entitled to paid leave has caused some concern among employers with casual staff.

Where an employee is a true casual employee this ruling has no effect. The findings in this case are quite specific to the fact scenario of the case and do not have the effect of providing all casual employees with paid leave in additional to the casual loading. In most cases, the loading will continue to cover leave entitlements for true casuals. The case analyses the employee’s employment contract and relationship at length and applies the provisions of the Fair Work Act 2009 (‘FW Act’) and previous case law relating to the definition of ‘casual’ employment. The contract of employment was heavily focussed on by the Court.

Under the FW Act an employee can only be a casual where they do not have regular and systematic employment. They work irregular hours and are entitled to refuse a shift. Once a shift ends they do not have an expectation of another shift (keeping in mind they may work to a short term roster arranged in advance, for example, weekly). Casual employees are paid a loading on the usual hourly rate paid to permanent employees for the type of work they do. This loading is typically 25% and is designed to compensate casuals for the lack of paid leave and certainty of employment.

In this case, the employee concerned was employed in various mines by a labour hire firm on a series of contracts over a period of five years. The employee moved between several mines over the course of the contracts but was engaged for months or years on each engagement in a specified mine. The mine operator also directly employed permanent staff who worked side by side with the labour hire company staff in the same or similar roles. The mining operator’s permanent staff were paid more per hour than the labour hire casual staff and also had an entitlement to paid leave.

The contract between the parties contained several provisions that were in conflict with concept of casual employment including:

The employer relied heavily on the contract specifying that the employee was a casual and the payment of a loading as evidence that the employee was a casual. The Court held that merely calling an employee a casual and paying them a nominal loading was not enough to make it so. The provisions of the contract and the parties’ behaviour in the employment relationship are in direct conflict with the case law and legislative definition of casual employment.  Calling an employee a casual will not make it so if the reality of the employment relationship is one of permanent employment.

Where an employer has existing casual staff an audit should be performed to determine if each employee is a true casual. If the employee is paid an adequate loading compared to permanent staff and is not working on a regular and systematic basis they are most likely a genuine casual and not affected by this decision.

If the employee is working regularly they may still be a casual if they do not have an ongoing expectation of employment and are working varied or ad hoc shifts to fulfill a need as it arises.

If the employee is working regular shifts and has an ongoing expectation that they will continue to work those same shifts for the foreseeable future they may not be a genuine casual and may be entitled to be treated as a permanent employee. This would include accrual of paid leave. So where an employee works, for example, every Tuesday and Thursday and expects to work those days each week they should be made permanent part time.

Once an audit of patterns of work has been completed employees should be classified according to the regularity of their work pattern. If the analysis shows the employee works according to a short term roster, is free to reject a shift and has varied hours or no expectation of ongoing employment they are a casual employee and can remain classified as such. The employee would be paid the normal hourly rate for the type of work performed plus the appropriate casual loading.

If an employee is working regular and systematic hours and expects to work those hours week in and week out for the foreseeable future consideration should be given to making that employee permanent. The employee would be paid the normal hourly rate and would accrue leave. They would no longer receive a casual loading.

The employees’ contracts should also be reviewed to ensure that the contract does not include provisions incompatible with casual employment, as mentioned above. 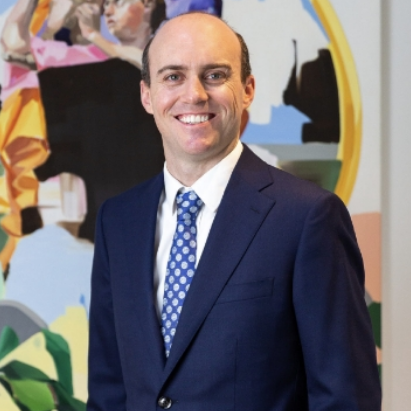 Johnson graduated from the University of Technology Sydney with a Bachelor of Laws (First Class Honours). Before joining Sundaraj & Ker, Johnson interned at Toyota Finance Australia with their legal team and held research assistant roles at 7 Wentworth Selborne and the UTS Faculty of Law.